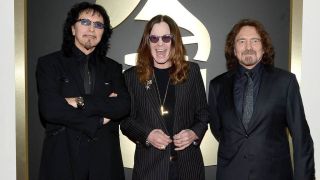 Black Sabbath have announced first details of their final tour.

It’ll start in Omaha, Nebraska on January 20, then move across North America until February 25. They’ll then head over to Australia and New Zealand for a run of dates.

Further shows will be announced in October, and the band have issued a tour trailer. View it below.

Ward’s exclusion follows a public spat between himself and Osbourne, with the drummer saying he’d need an apology from the singer before considering a return to the fold. Osbourne, however, insisted he had nothing to apologise for.

Black Sabbath are expected to record their final album in 2016.