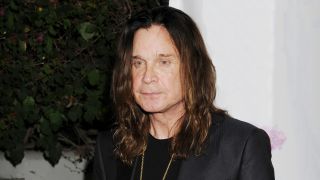 Ozzy Osbourne has publicly refused to apologise to Bill Ward over the drummer’s departure from the Black Sabbath reunion of 2012.

Earlier this week Ward reported he’d love to return for the band’s final album and tour this year – but he’d been “heartbroken” by comments made since the split. He said of Ozzy: “Righting of wrongs works, and that’s what I want if I’m ever going to be his friend again.”

Now the singer has responded via Facebook, explaining: “I never wanted to discuss this in a public forum, but Bill’s statements left me no option but to respond honestly.”

He says to Ward: “Wow, Bill, what the fuck are you on about? I cannot apologise for comments or opinions I may have made about you in the press during Sabbath’s 13 album and tour.

“Physically, you knew you were fucked. Tony, Geezer and myself didn’t think you could have done a two hour set with a drum solo every night, so we made the decision to move on. With Tony’s condition we felt that time was not on our side.”

Ozzy continues: “Deep down inside you knew you weren’t capable of doing the album and a 16-month tour. Unfortunately for you, our instincts were correct as you were in hospital several times during 2013.

“Your last hospitalisation was for a shoulder surgery that you say you’ve only just recovered from. This would have meant that our world tour would have been cancelled. So how is all of this my fault?”

He appeals to his former colleague to “stop this now before it gets out of hand” and adds: “Stop this smokescreen about an ‘unsignable contract.’ Stop playing the victim and be honest with yourself and our fans.”

In 2013 Ozzy accepted that a contractual dispute had been part of Ward’s refusal to take part in the reunion, but added: “There was another side to it. You know them yellow fucking stick-on memo notes? He had them all over his fucking drums. I was like, ‘What the fuck’s that for, Bill?’ He said, ‘I can’t remember what I’m doing.’

He continued: “I get where he’s coming from; his pride was hurt. The guy will always be a dear, dear friend and a brother to me. I’m not going to give Bill a hatchet job, but at the same time we haven’t got the patience to deal with it.”