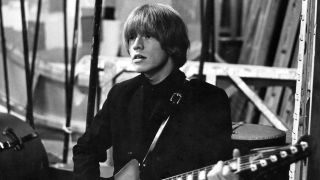 The daughter of late Rolling Stones guitarist Brian Jones has claimed her father was murdered.

Speaking to Sky News on the anniversary of his death, Barbara Marion said: “I think he was murdered and I think the police did not investigate it the way they should have. I would love to have them reopen [the case] and to get some answers.”

Jones was found dead in the swimming of his home at Cotchford Farm in Sussex on July 3, 1967. He was 27 years old.

The guitarist founded the Rolling Stones five years earlier, though he later struggled with drug and alcohol addiction. He had been fired from the Stones a month before he died.

Jones’ death was officially recorded as misadventure, though conspiracy theories have circulated that he was murdered – something that police have repeatedly denied.

In a statement released in May 2019, the police said: “The death of Brian Jones was investigated in 1969 and was also the subject of two reviews by Sussex Police, in 1984 and 1994.

“From time to time over the past 49 years Sussex Police have also received messages or reports from journalists and other individuals about the death. Each is considered on its individual merits and reviewed wherever appropriate.

“No such report has been received since 2010 and no new evidence has emerged to suggest that the coroner’s original verdict of ‘death by misadventure’ was incorrect. The case has not been reopened and there are no plans for that to happen.”