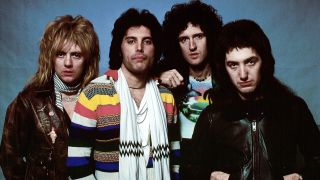 Roger Taylor has said he believes Queen would still be making music if Freddie Mercury was still alive.

The drummer was speaking with BBC Radio 6 Music when he said: “I do believe that. Me and Freddie… he was my closest friend and we were very, very close. We came up together and we literally lived in each other’s pockets and clothes some of the time!”

“I do believe we would still being doing stuff together because it was a great collaboration. I don’t know if John Deacon would allow… of course John wasn’t quite mentally suited for it, the other three were.

“I would like to think we were still doing stuff together, whatever it might be. I think Brian May and I with Adam Lambert, we just loved doing the show, just seemed to get better and better, while we still can do it, we still will do it.”

Taylor also spoke about the inspiration behind his new solo single Isolation, saying he wrote the track in his garden shed in Cornwall, which he calls his “garden room.”

He said: “There is a certain frustration in not really knowing what is going to happen.

“It was a frustration and a slight anxiety behind it all, so I just thought I would write a song about how to fill the day – routine in isolation. It's something we are not used to. It is a direct reflection of how I was feeling at the time.”

As for the postponement of the UK and European Rhapsody tour, Taylor said he, May and Adam Lambert were “really disappointed,” adding: “I love being on tour, Brian and I love it, that’s what we do, that’s what we are best at.

“I am enormously proud of our band. Being in a band was all I ever wanted. No one expected it to be as long lasting, we are so lucky to have jumped generations and very happy to be a part of the wallpaper.”

Queen and Adam Lambert will return to the road throughout May, June and July next year – a run of shows that will include 10 nights at The O2 in London.