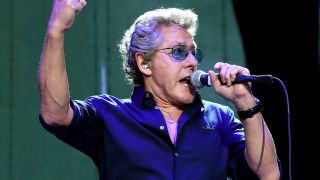 The Who frontman says rock music has “reached a dead end” and also reckons his band have been “stuck in a cycle” as they’ve been playing the same material for the last 40 years.

Daltrey tells The Times: “The sadness for me is that rock has reached a dead end. The only people saying things that matter are the rappers and most pop is meaningless and forgettable.

“You watch these people and you can’t remember a bloody thing.”

The Who recently wrapped up appearances at the Desert Trip festival in California with the Rolling Stones, Bob Dylan, Paul McCartney, Neil Young and Roger Waters. And despite the star-studded names in the lineup, Daltrey says his high point was at the Day On The Green concert in California in 1976.

He adds: “Since then it seems we’ve been stuck in a cycle. Day On The Green happened 40 years ago yesterday. At Desert Trip we played the same set.”

This week, guitarist Pete Townshend revealed that playing live meant “nothing” to him.

Earlier this year, The Who postponed their August and September UK tour dates until April 2017 so they would coincide with two dates at London’s Royal Albert Hall.

The Who rescheduled UK tour dates

The Who stream previously unreleased track