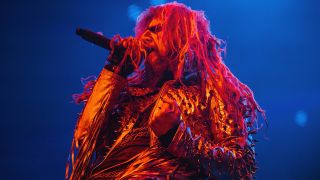 He reported in March that he was working on a new film titled 3 From Hell – and in a new interview with SiriusXM’s Trunk Nation, Zombie says that they “more or less finished the record” before he started on the movie.

He adds (via Blabbermouth): “We haven't mixed it yet and we haven't put the final touches on it, but it's pretty far along. We're actually going to start mixing the record in June, just before the tour with Marilyn Manson starts.”

Zombie says that both the album and the film, which is a sequel his 2005 horror flick The Devil’s Rejects, should “drop around the same time” next year.

Zombie and Manson will head out on The Twins Of Evil: The Second Coming Tour across North America this summer, while further album details will be revealed in due course.