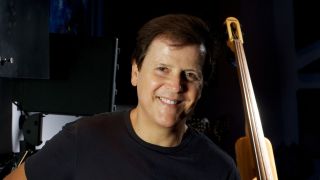 The much mooted project featuring Jon Anderson, Trevor Rabin and Rick Wakeman seems to be back on track. Rabin has just posted the following on his Facebook page: ‘Great stuff happening with Jon and Rick’.

The project had been in the pipeline since 2011, with Rabin initially telling Prog that the three former Yes members were seriously planning on doing an album together. At that stage, they had written a handful of songs and were passing demos of ideas around, but this was as far as it was then taken. In 2012, Anderson admitted the project had been shelved, although there was a commitment to revisiting it at a later date.

Subsequently, there doesn’t appear to have been much progress, with Rabin admitting on more than one occasion the lack of movement was caused by the fact that all three were so heavily involved in other projects.

In 2014, Rabin said: “We still really want to do this. But right now, I am contracted to working on the score for a new film, and both Jon and Rick have their own stuff to deal with. But we talk all the time, and the three of us definitely want to make it happen. We just can’t tell when it will finally be done. That will depend on our individual schedules being clear enough for us to spend the time necessary to write and record. We haven’t even worked out who else would be brought in. I can’t put a time frame on it, but I would hope we’d have something out within the next couple of year.s”

As we start 2016, there’s still no sign of music from the trio. But this latest posting from Rabin encourages the belief that he, Anderson and Wakeman will at last get down to the task of making an album.