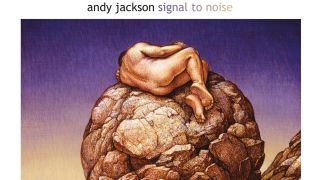 Grammy-nominated Pink Floyd engineer Andy Jackson has confirmed he is to release his fourth solo album on November 3.

Entitled Signal To Noise, the album is described in a press release as ‘a fine modern, progressive work’ which ‘draws on Andy Jackson’s exemplary work as an engineer and producer.’ A trailer for the record has been made available to view.

Jackson says: “The album reflects on the sorting of what is important in life from the humdrum of everyday existence, and is in itself an analogy for the process of the creation of the album.”

Signal To Noise will be available as either a single CD edition or a two-disc Digipack deluxe limited edition with a 5.1 Surround Mix.

Jackson made his name as a recording engineer at Utopia Studios in London where he worked on Boomtown Rats’ I Don’t Like Mondays and Spandau Ballet’s Chant No 1.

But it was teaming up with James Guthrie to work on the film of The Wall which cemented his legacy and he later worked on albums The Final Cut, A Momentary Lapse Of Reason, The Division Bell, Pulse and records by Roger Waters and Dave Gilmour.

His work with the band earned him two Grammy nominations and he has retained his relationship with Pink Floyd as he is co-producing the forthcoming Endless River album.

Jackson himself has three albums to his name.