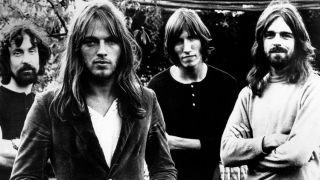 A newly discovered species of pistol shrimp has been named in honour of Pink Floyd.

The Synalpheus pinkfloydi was discovered and catalogued by Arthur Anker of the Universidade Federal de Goiás in Brazil, Kristin Hultgren of Seattle University and Sammy De Grave of Oxford University Museum of Natural History.

The crustacean has a distinctive pink claw – but despite its colour, it has been named after the prog legends because Anker and De Grave are fans of the band.

Anker says in a statement: “I often play Pink Floyd as background music while I’m working, but now the band and my work have been happily combined in the scientific literature.”

De Grave adds: “I have been listening to Floyd since The Wall was released in 1979, when I was 14 years old. I’ve seen them play live several times since, including the Hyde Park reunion gig for Live8 in 2005.

“The description of this new species of pistol shrimp was the perfect opportunity to finally give a nod to my favourite band.”

Pistol shrimp, or alpheid shrimp, have asymmetrical claws, with the larger of the two able to emit a powerful sonic wave which is capable of stunning large fish and killing smaller species.