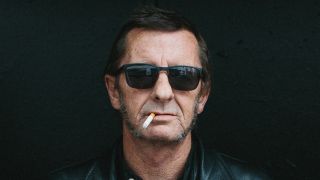 An associate of AC/DC’s Phil Rudd is denying claims that he was contracted by the drummer to murder a former employee and his daughter as a “hitman.”

Rudd was arrested by New Zealand police on November 6 and charged with possession of methamphetamine, possession of cannabis and threatening to kill, as well as attempting to procure a murder after he allegedly tried to have two men killed; authorities dropped the procure charge the next day due to lack of evidence.

The drummer has plead not guilty to the three remaining charges and is expected to face a judge-alone trial, without a jury, next year.

Rudd made more headlines following a court appearance last week after a chance encounter with one of the parties involved in the case was determined to be a breach of his bail conditions.

The alleged hitman tells the New Zealand Herald that Rudd offered him $250,000 and “the pick” of any of the cars in his $9 million collection to be his bodyguard - not a payment for what police claim Rudd “wanted done” to the former employee.

If accurate, the news may explain why New Zealand police dropped the issue of attempting to procure a murder while pursuing the threatening to kill charges.

Meanwhile, the former employee who claims to have been threatened states Rudd was a “good fella” and the matter had been blown out of proportion as the drummer might have been letting off “hot air”, but declined further comment, saying: “I have to think of my family and that will always come first.”

AC/DC launched their 17th album, Rock Or Bust, this month and announced three UK and Ireland stadium shows for June and July next year as part of a 2015 world tour – which may or may not include Rudd.