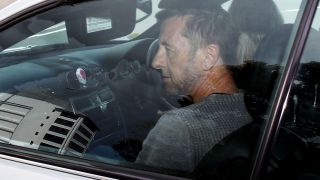 AC/DC drummer Phil Rudd’s murder plot charge has been dropped – and his lawyer says it should never have been made in the first place.

He was arrested and bailed yesterday following a raid on his New Zealand home, and accused of attempting to procure the murders of two men, plus threatening to kill and possession of methamphetamine and cannabis.

It had been claimed he’d tried to hire a hitman to end the lives of two people. All three were named in court but could not be identified for legal reasons. But the most serious charge, which carried a potential prison sentence of up to 10 years, is now gone – although the threatening to kill charge could lead to a seven-year sentence if Rudd is found guilty.

Rudd’s legal rep Paul Mabey insists it would never have stood up in court, adding: “I was advised by Crown solicitor Greg Hollister-Jones that he had reviewed the police file and the available evidence to support the charge of attempting to procure murder. He had formed the view that there was insufficient evidence to justify that charge. He has now withdrawn the charge.

“It should never have been laid. The Crown solicitor’s opinion was not sought.”

Mabey describes the drug charges as “minor” and says his client will fight all three remaining accusations on his return to court on November 27. The 60-year-old had entered no plea during his first appearance at Tauranga District Court.

“The damage to Mr Rudd is incalculable,” he continues. “Questions arise as to the degree of care taken by those responsible for arresting and charging him. My client suffered unnecessary and extremely damaging publicity as a result of widespread and sensational reporting of a very serious allegation, which on any basis was never justified.”

Last night AC/DC issued a statement saying they’d been unaware of any legal issues with the drummer until his arrest. They added: “Phil’s absence will not affect the release of our new album Rock Or Bust and upcoming tour next year.”