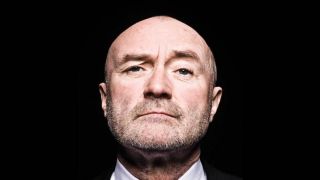 Phil Collins says he’s been practicing drumming in his garage for next year’s comeback tour.

The 65 year old previously said he’ll never play the way he used to and reported that “something happened” to his performance on the Genesis reunion tour in 2007 – but he’s working on making drumming feel “natural” again.

He tells Rolling Stone: “After the Genesis reunion tour, I played with Eric Clapton at Albert Hall for one song in 2010, and I had that feeling of ‘This isn’t happening.’ That kind of scared me.”

He continues: “The one thing I could rely on in life was that I could sit down at the drums and it would sound good, and suddenly I couldn’t pull it together. Now, I’ve got a drum kit in my garage and I’ve got into a routine of practicing.

“I’m trying to get my hands to feel natural again when I hold a pair of sticks. I’ve got some comeback shows booked for next year, and we’ll see what happens.”

Collins recently reflected on his spontaneous creativity in the studio with Genesis colleagues Mike Rutherford and Tony Banks – and says he wouldn’t rule out working with them again in future.

He’ll play a number of shows in London’s Royal Albert Hall, followed by concerts in Cologne and Paris next June.

The Phil Collins Quiz: how well do you know the former Genesis man?