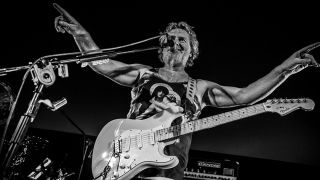 “It’s a best of British,” says co-organiser Stephen Lambe, who also co-runs Summer’s End. “We always intended to do a British-themed line-up and it just worked out this time, although there are other bands still to be announced.

“The headliners include Subsignal from Germany, and Mostly Autumn – they’ve been going for nearly 25 years but they’ve never played one of our festivals before so it’s about time we changed that. We’ve also got [co-promoter Huw Lloyd-Jones’ band] Also Eden playing. They’ll be re-forming with the line-up that played live in 2009.”