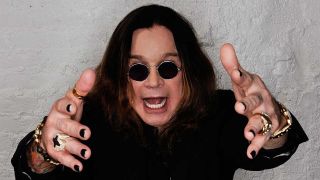 Ozzy Osbourne says his collaboration with US rapper Post Malone helped spark the creative process behind his new solo album.

Ozzy recently provided guest vocals on Post Malone track Take What You Want, which was overseen by producer Andrew Watt – and it was a move which led Ozzy and Watt to begin working together on what will be the former Black Sabbath frontman’s 12th solo album.

Ozzy, who has spent much of 2019 recuperating after suffering serious injuries after falling at home in April, previously reported he had nine ideas for songs, but now says those have been fleshed out for the record, which was recorded in just four weeks.

He tells The Sun: “I’ve made a new album and it’s helped get me back on track. I was just lying in my own self-pity for months. It’s the greatest album I’ve done.”

As for his work with Post Malone, Ozzy says: “I’d never even heard of this kid. He wanted me to sing on his song Take What You Want, so I did and then one thing led to another. I started recording a new album with Post Malone’s producer Andrew Watt. It’s only nine tracks but it was a catalyst to get me to where I am today.”

Ozzy adds: “If it wasn’t for making this record I would still be on traction, thinking, ‘I’m going to be lying here forever.' I’ve missed music so badly. My fans are so loyal and so good.

“Up until making the album I thought I was dying. But that got me off my arse.

“The album was all finished in four weeks. I said to Sharon that I didn’t feel like I’d made an album because we haven’t ended up screaming at each other!”

Ozzy is working with occupational therapists to get him back to full fitness ahead of his rescheduled No More Tours 2 shows, which will take place across the UK and Europe from the end of January with special guests Judas Priest.

Ozzy will also release the mammoth See You On The Other Side limited edition package on November 29 through Sony Legacy, which will bring together his solo catalogue along with a host of extras.