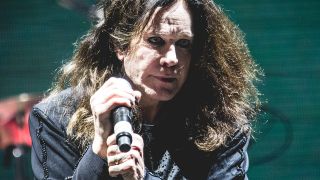 The Black Sabbath icon was due to kick off his rescheduled No More Tours 2 trek in Atlanta on May 27.

But with the vocalist still getting back to full fitness after his fall at home last year which led to the cancellation of his entire 2019 touring schedule, and his ongoing battle with Parkinson’s disease, he’s called off the dates to seek further medical treatment in Europe.

Ozzy says: “I’m so thankful that everyone has been patient because I've had a shit year. Unfortunately, I won't be able to get to Switzerland for treatment until April and the treatment takes six to eight weeks.

“I don't want to start a tour and then cancel shows at the last minute, as it's just not fair to the fans. I'd rather they get a refund now and when I do the North American tour down the road, everyone who bought a ticket for these shows will be the first ones in line to purchase tickets at that time.”

Ozzy’s UK and European tour with Judas Priest which is due to start in October remains unaffected and will go ahead as planned.

Last week it emerged that Ozzy was first diagnosed with Parkinson’s back in 2003 during an interview with the Los Angeles Times.

In the piece, Ozzy also said he was “75% back to normal” after his 2019 health woes and added: “It’s been a pretty incredible, interesting career. People have written me off time and time again, but I kept coming back and I’m going to come back from this.

Ozzy will release his new studio album Ordinary Man on Friday through Epic Records and will hold a "worldwide tattoo event" to celebrate the launch.

He’s also teased the track Eat Me with a short video clip which can be seen below.