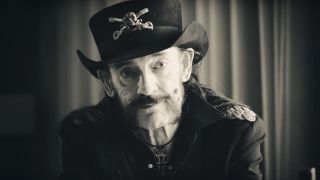 The follow-up to 2013’s Aftershock is released on August 28 – and mainman Lemmy has promised it’ll work wonders for fans’ sex lives.

In his Uncle Rotter guise he says: “Go and buy it because all your girlfriends will take all their clothes off and rub themselves all over you. You know it makes sense.”

Motorhead return to the UK in January with a run of dates culminating in a 40th anniversary show at London’s Eventim Apollo on January 29. They launched a video for their track Electricity last month.