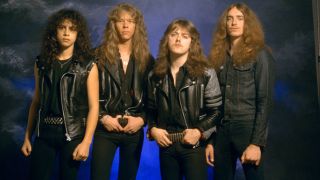 And they’ve released two previously-unheard tracks to act as an example.

Kill ‘Em All and Ride The Lightning, from 1983 and 1984 respectively, will be available in remastered multi-disc deluxe box set editions, featuring previously unreleased recordings.

The packs also include pictures from the band’s personal archives, along with detailed articles written by people who witnessed the albums being made.

The albums will also be released in CD and vinyl versions. All are available for pre-order now, and hit shelves on April 15, to tie in with Record Store Day.