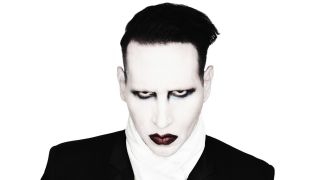 Marilyn Manson has teamed up with Shooter Jennings for a cover of David Bowie track Cat People (Putting Out Fire).

The track appears on Jennings’ upcoming album Countach (For Giorgio), which pays tribute to Bowie and electronic musician Giorgio Moroder.

Jennings tells Rolling Stone: “I invited Marilyn to a party, and I said, ‘You know Cat People? You’d sound awesome doing it.’ He was like, ‘I sing that song every night before I go on stage.’”

Marilyn Manson is scheduled to tour North America with Slipknot and Of Mice and Men. Dates and venues are yet to be confirmed.