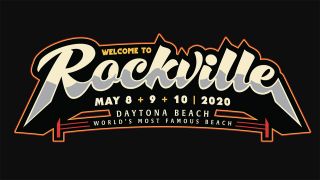 Back in October, it was revealed that Metallica would play two sets at next year’s Welcome To Rockville festival.

The news was confirmed at an online press conference with the band’s Lars Ulrich and Danny Wimmer Presents events – and it’ll be just one of five double-headers for Metallica next summer.

The three-day festival will take place at Welcome To Rockville’s new home at The Daytona International Speedway in Daytona Beach, Florida on May 8 -10.

And joining the thrash giants on the bill will be dozens of artists including Alter Bridge, Godsmack, Deftones, Mastodon, Motionless In White, The Darkness, The Offspring, Lamb Of God, Hellyeah, Anthrax, Airbourne and Lynyrd Skynyrd – whose set will be their last-ever show in North Florida.

Danny Wimmer, founder of Danny Wimmer Presents, says: “As a lifelong fan, it was an overwhelming experience to attend Lynyrd Skynyrd’s final hometown show at a sold-out stadium at TIAA Bank Field in Jacksonville in September of 2018.

“Lynyrd Skynyrd is a band that has known tragedy and responded with nothing but triumph for over 50 years. They defined Southern rock, and they were a definitive part of my own rock’n’roll education growing up in Jacksonville.

“After nine great years in Jacksonville, it was a difficult decision to move Welcome To Rockville to a new home – but it was a necessary decision for the festival to continue to grow and deliver the kind of experience that Florida’s rock fans deserve.

“I’m so humbled and honoured that Lynyrd Skynyrd is coming with us to Daytona Beach to celebrate 10 years of Welcome To Rockville with their last-ever North Florida area show.”

See the full lineup poster below, while tickets can be purchased through the official Welcome To Rockville website.