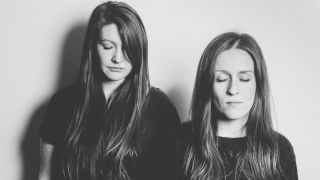 Midas Fall have released a stream of their new song Evaporate exclusively with Prog.

It’s the title track from the Scottish duo of Elizabeth Heaton and Rowan Burn’s upcoming fourth studio album, which will arrive on April 27 via Monotreme Records on CD, vinyl and via digital platforms.

Heaton tells Prog: “We are very proud to present Evaporate, the first track written and my personal favourite from our upcoming album.

“Inspired by the dark winters and landscape of Iceland, it tells a story of a mind in turmoil. It also demonstrates the new and exciting use of strings and synths in our music that you will hear more of on the album.”

Evaporate is now available for pre-order. Find the cover art and tracklist below, along with the stream of the new track.

The band’s last album was 2015’s The Menagerie Inside.

Midas Fall: The Menagerie Inside