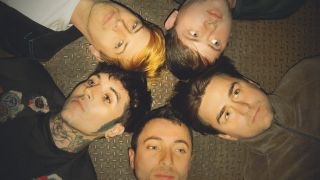 Bring Me The Horizon have released a brand new single, Parasite Eve, inspired by the current worldwide pandemic.

The song delivers on frontman Oli Sykes’ recent promise that that the UK band’s next album could be “seriously heavy”, shifting from claustrophobic electronic beats to a chorus propelled by seriously crushing riffs.

According to Sykes, Parasite Eve was written by the singer and keyboard player Jordan Fish just as the world entered lockdown.

Says Sykes: “Parasite Eve came from an idea to write a survival horror song, but as the pandemic started to develop, the parallels were so similar it felt so close to the bone we decided to shelve it. As time went on, we started to feel how relevant it was and that instead of shying from it, that we should address the dark side, embrace it and process what’s going on… Parasite Eve is our message of hope, wrapped in sadness and anger.”

The video for Parasite Eve features an array of images that obliquely address the current pandemic, including skeletal hands performing reiki over prone bodies and eight-armed kawaii nurses clutching syringes.

The song shares a name with the video game Parasite Eve, and features additional production from Doom and Doom Eternal composer Mick Gordon. According to BMTH, it's the first single from a series of EPs they plan to release throughout the rest of 2020.

Check out the Parasite Eve video below.