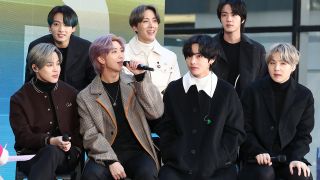 K-Pop fans have caused a police app to crash after they spammed it with videos of their musical heroes.

But after authorities asked people to share “video of illegal activity” from the Black Lives Matter protests over the weekend, fans of Korean pop inundated the app with hundreds of pictures and FanCam videos of pop artists – crashing the app in the process.

Later, on the police’s Twitter feed, they reported that: “Due to technical difficulties iWatch Dallas app will be down temporarily.”

That tweet was then spammed with dozens of replies showing more videos, pictures, memes and animated clips.

Many record labels have said they’ll be holding a “Black Out Tuesday” tomorrow (June 2) in support of the protests, which swept across the US over the weekend.

The demonstrations took place after 46-year-old George Floyd died in Minneapolis after police officer Derek Chauvin knelt on Floyd’s neck for eight minutes and 46 seconds, despite Floyd pleading that he couldn’t breathe.

Chauvin was fired from the Minneapolis Police Department and has now been charged with third-degree murder and manslaughter. He is due to appear in court on June 8.

If you have video of illegal activity from the protests and are trying to share it with @DallasPD, you can download it to our iWatch Dallas app. You can remain anonymous. @ChiefHallDPD @CityOfDallasMay 31, 2020

Due to technical difficulties iWatch Dallas app will be down temporarily. pic.twitter.com/zksA1hkVhVMay 31, 2020

oh wow i wonder why pic.twitter.com/rPCDoIP6suJune 1, 2020