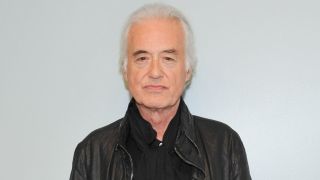 Led Zeppelin guitarist Jimmy Page has defended himself against the claim that he based Stairway To Heaven on Spirit track Taurus by saying he first heard the other band’s piece in 2014.

And although he’s admitted to finding a copy of the 1968 record in his collection, he insists that he’d never listened to it.

Spirit released Taurus three years before Led Zep launched Stairway, after the bands had toured the US together. Spirit bassist Mark Andes launched legal action two years ago, saying he wanted recognition for the work of late guitarist Randy California.

Page said in a California court declaration last week: “Prior to hearing a recording of Taurus in 2014 in connection with this matter, I have never heard Taurus or even heard of it. I am very good at remembering music and am absolutely certain that I never heard Taurus’ until 2014.”

He admitted to having a copy of the record, but added: “I had not previously seen it in my collection and do not know how or when it got there. It may well have been left by a guest. I doubt it was there for long, since I never noticed it before. But, again, I know I did not hear Taurus until 2014.”

Led Zep’s legal case is not based on the alleged similarity between the songs, but on whether the Spirit party have the right to bring the lawsuit in the first place. It’s argued that California wrote Taurus under a record deal in which he surrendered all rights to his work, meaning his estate can’t make any claim over it.

Page and co also assert that California dismissed any claim via a 1991 interview in which he said: “I’ll let them have the beginning of Taurus for their song without a lawsuit.”

Robert Plant: "No one could have taken over Bonham's job. Impossible!"