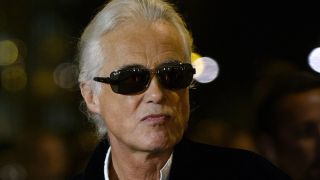 Led Zeppelin guitarist Jimmy Page has dismissed claims that classic track Stairway To Heaven was taken from a Spirit song as “ridiculous.”

The American band’s bassist Mark Andes last week launched a legal bid to have the upcoming Led Zep remasters blocked from release next month, insisting that the iconic opening riff from Stairway was stolen from their 1968 track Taurus.

The claim isn’t new – Spirit guitarist Randy California said before his death in 1997: “I’d say it was a rip-off. It’s a sore point with me.”

Page and Zep’s label Warner Music originally refused to comment on the lawsuit. But Page has briefly broken his silence, telling Liberation in a terse comment: “That’s ridiculous. I have no further comment on the subject.”

The chances of Spirit being granted their day in court recently increased earlier this month after the US Court of Appeal ruled that the passage of time should have no automatic effect on copyright claims.

In the same interview, Page admits Stairway was the band’s most difficult studio production, saying: “It was complicated – it was difficult to achieve the accelerating movement.” But he adds light-heartedly: “It wasn’t insurmountable for brilliant musicians like us!” He adds that Achilles Last Stand was the most challenging track to perform live.