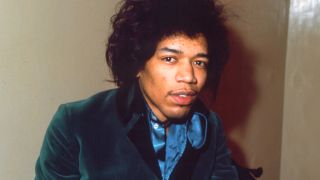 Legendary Pictures have reached an agreement with Jimi Hendrix’s estate to make an official movie about his life.

The project follows last year’s unauthorised biopic Jimi: All Is By My Side. John Ridley’s work was released without any Hendrix music after permission to use it was refused – while the icon’s former girlfriend Kathy Etchingham repeatedly slammed violent scenes that she insists never took place.

Now Deadline reports that a currently untitled film will be written by 8 Mile author Scott Silver. It follows an original approach to Experience Hendrix LLC four years ago, while director Paul Greengrass and producer Thomas Tull were pushing a script by Max Borenstein.

The deal was never made after the estate firm, run by Jimi’s sister Janie Hendrix, expressed concern that a film would hurt sales of his back catalogue.

It’s been confirmed that the work will include some of that material on its soundtrack. Actor Anthony Mackie was original choice for the lead role, but no casting details have been confirmed.

Last year Andre Benjamin of Outkast fame, who played Hendrix in All Is By My Side, admitted he’d found playing the role difficult – but added: “We wanted to make a more human, more character-based film, rather than just trying to recreate existing footage.”