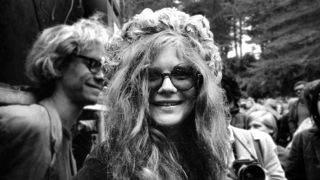 A documentary movie about Janis Joplin is to receive its premiere at the Venice Film Festival in September.

Janis, directed by Amy Berg, was chosen from among other contenders to appear at the 72nd annual event.

It features vocal performances by Cat Power, who voices Joplin’s personal letters alongside footage from the 1967 Monterey Pop Festival, Woodstock in 1969 and Festival Express in 1970 – the year she died.

The soundtrack features her songs Piece Of My Heart, Summertime and Cry Baby, among others.

Berg, known for West Of Memphis, her acclaimed movie about the West Memphis Three miscarriage of justice, says: “After attempting to get this film off the ground for seven years, I’m ecstatic that it’s finally to be seen.

“This has been a labour of love. I cannot wait to share Janis’ unique, intimate story with the world. Cat Power has delivered a beautiful, introspective voice of Janis.”

The movie is supported by Joplin’s estate. Producers are currently negotiating over a worldwide release. A biopic set to star Amy Adams remains in development hell amid lawsuits between writer Ron Terry and the production firms behind it.