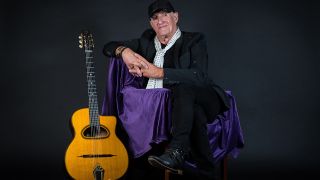 The co-founding member of Focus will release Close Beauty on October 25 through Music Theories Recordings.

Akkerman says: “The title was inspired from a simple notion that when you are too close to an object you cannot see the real value. The same applies to music.

“My aim is to create beauty in my music – I like diversity and freedom.”

He adds: “I’ve always been able to tell that none of my albums sound the same. Exploring new things is something that I’d always wanted to do.

"Harmonica player Toots Thielemans once told me, ‘Your timing, that’s your signature.’ I consider Close Beauty exactly like that. If you stand very close to a cow, you can’t tell it’s a cow, after all.”

To mark the announcement, Akkerman has released a video for the new single Tommy’s Anniversary, which can be watched below.