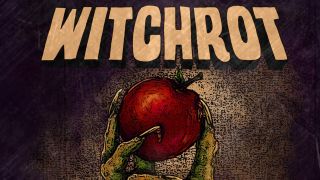 Last week, Canadian metal outfit Witchrot became talk of the metal world when they posted an epic post to say they were splitting up.

The band’s Peter Turik published a dramatic message addressing their future on Facebook which read: “Due to the unfortunate reality of our guitarist fucking my girlfriend of almost seven years, Witchrot will be taking an extended hiatus.

“I however will continue the band in another space and time, being ripe with hate the music is slowly flowing and without a doubt will become the most devastating, torturous music I have ever created. Thanks for the support, stay heavy. Also our drummer died…”

However, it turns out that drummer Simon Kou didn’t actually die – with Alt Press catching up with Turik to explain exactly what’s been going on.

He says: “I posted on Witchrot’s Facebook page that the band was taking a break. Two people I cared about stabbed me a trillion times in the heart with betrayal and that resentment scars like hell fire. It obviously left me feeling wretched.

“I always hate it when bands stop dead without any updates and I felt I might as well let the people know. After writing, I asked Simon, our drummer who quit a couple weeks prior, if that was a good idea.

Turik says he’s been “floored” by the amount of attention his post made across the internet, and now reports that he’s decided to forge ahead with vocalist Lea rather than call time on the band.

He adds: “We booked studio time and also decided to recruit some friends to play Lee’s Palace in Toronto on December 28. Of course, now we have big plans to tour extensively in the near future.

"No sense in waiting around, we have so many talented friends that can easily learn our songs in no time.”

The band's Facebook following has grown dramatically since the original post, with Witchrot now sitting at just under 10,000 likes.