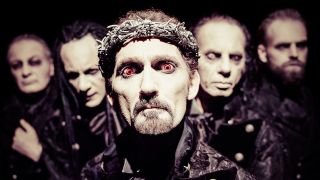 Titanfest has announced the full lineup for the 15-band, two-stage celebration of classic heavy metal that takes place at the Dome in Tufnell Park, London on November 19.

“Hell is honoured to be included in the stellar lineup for this year’s Titanfest,” guitarist and founding member Kev Bower. “It’s always great to see events like this growing and building year on year, and we look forward to laying waste to London with our unique brand of no-holds-barred devilry. November 19 is going to be an awesome day of metal!”

Now into its second year, Titanfest looks set to become an epicentre for old-school, hard-partying heavy metal with doors from midday to 2am. Tickets are on sale for a very reasonable £30, and can be snapped up at the official website here.