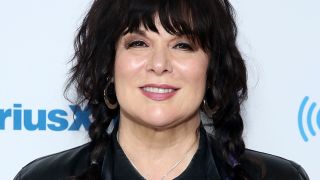 Ann Wilson has released a music video for her take on Audioslave’s 2002 track I Am The Highway.

The song has been taken from the Heart vocalist’s new solo album Immortal, which launched in September last year via BMG.

Speaking with Alternative Nation in March 2018, Wilson explained why she chose I Am The Highway out of all the material that Cornell recorded throughout his career.

She said: “The Audioslave number is my favourite Chris Cornell song. It’s just all about, ‘I’m not the thing, I’m the bigger thing, I’m not your magic carpet ride in the sky.’

“It’s a really great song, it has a lot of particular meaning to me because Chris was my friend. The words in I Am The Highway talk about dissatisfaction, and alienation, and someone who is just on their way.

“They’re not going to hang out with the friends and liars.”

On January 16, a tribute concert in memory of Cornell will be held at The Forum in Los Angeles. It’ll feature performances from the members of Soundgarden, Temple Of The Dog and Audioslave, plus Foo Fighters, Metallica and more.

Ann Wilson: Immortal
Heart vocalist Ann Wilson pays tribute to vocalists and musicians who are no longer with us with this 10-track solo album. Artists covered include Tom Petty, Chris Cornell and David Bowie.View Deal