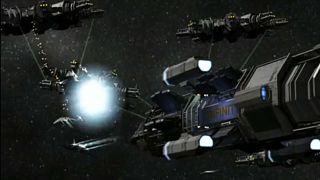 Hawkwind have released a video for their collaborative track with Brian Blessed.

Sonic Attack, featuring the actor’s trademark voice, will be released as a single on September 1 via Cherry Red.

The concept arose after Dave Brock and co played a fundraising show for the Team Badger charity. Blessed, a patron of the organisation, returned the favour by recording the “nightmarish radio announcement” in the first movement of the track.