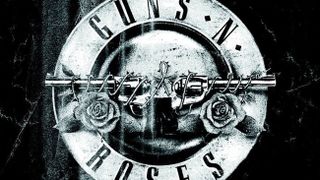 The reunited Guns N’ Roses will perform an intimate show at the Troubadour in Los Angeles tonight.

The gig was announced on the band’s Facebook page earlier today, with tickets priced at $10 and available only at the Gibson Brands store on Sunset Boulevard, formerly a Tower Records outlet.

Tickets – which were available strictly on a one-per-person basis – sold out within an hour of the announcement, according to a follow-up Facebook post.

A press release reads: “While in the queue, fans are invited to start the celebratory day with a trip down memory lane in the venue where Slash used to work – GNR amateur historians also know Axl worked across the street at the now defunct Tower Video – as the old Tower store will be transformed into a complete interactive GNR experience with a memorabilia exhibit curated by Blaine Halvorson, designer of MadeWorn.

“The exhibit opens at 12noon and will include historic items such as members’ classic attire, original artwork, personal awards and more.

Axl Rose, Slash, and Duff McKagan confirmed their reunion earlier this year and previously confirmed six shows, as well as releasing a list of cities they aim to hit on a summer tour.

As well as announcing tonight’s Troubadour gig, today GNR also added dates and venues to the list of cities they will play in the summer. However, St Louis, Missouri, appears to have been removed as a venue after being included on the original list teased last week.