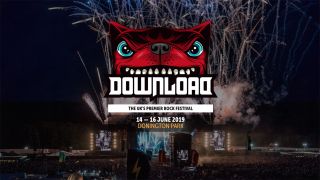 Organisers of the UK’s Download have announced the names of a further 17 artists who’ll play at this summer’s event.

Def Leppard, Slipknot and Tool will headline this year's festival, which will take place at Donington Park on the weekend of June 14-16, while artists including Slash Featuring Myles Kennedy and The Conspirators, Whitesnake, Rob Zombie, Slayer, Anthrax and Dream Theater have all previously been revealed.

It’s also been confirmed that WWE NXT will return to Download – and this year, for the first time, the bouts will be filmed and broadcast as part of the weekly NXT UK show on the WWE Network.

For ticket details and further information, check out or Download 2019 hub page, while the latest lineup poster can be seen below.