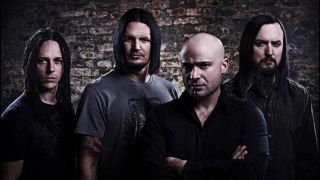 Disturbed have confirmed their comeback from a four-year hiatus with news of their upcoming sixth album and a new music video.

The band announced today that their sixth album, Immortalized, will be released on August 21. They also released a video for new song The Vengeful One and made the 16-track album available for immediate pre-order on various formats.

Disturbed say: “The hiatus is over. Over the last year, we’ve been secretly writing and recording a brand new album. Today, we are excited to share a new song called The Vengeful One along with a new music video.

“It’s off our upcoming album called Immortalized, which will be released on August 21 and is available for pre-order today. This album had the arduous task of, in some way, justifying the hiatus – giving the fans something that made it worth our time away from one another.

“We hope that it succeeds in that task. Thank you for staying with us over the years.”

In the lead-up to today’s announcement, the band set up a countdown clock on their website. And on Facebook, they posted two videos featuring band mascot The Guy clamped to a bed and sleeping, then starting to wake up and break his bonds.

Fans speculated that it was a hint that frontman David Draiman and co were preparing to return to action after bowing out in 2011.

In January, Draiman said the band would reunite “someday,” while in 2013 guitarist Dan Donegan admitted that the hiatus hadn’t been planned.

The band’s last release was 2010’s Asylum. Immortalized will be available in CD, deluxe CD and vinyl formats, as well as digitally.