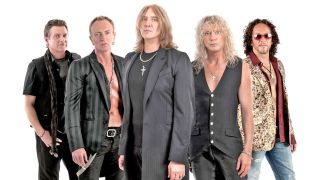 The three bands will team up for 10 dates in Ireland, England, Scotland and Wales.

David Coverdale last month revealed that Whitesnake’s The Purple Album – a set of Deep Purple covers – came about after a failed attempt to reunite with Purple bandmate Ritchie Blackmore. The singer said: “I took a little time to think about it, I spoke to my musicians and everybody was incredibly positive, so it was all systems go.” It’s released on May 18.

Tour tickets go on sale via Live Nation on April 1.