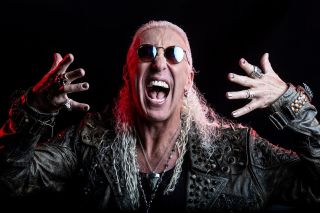 The live record will feature Snider’s solo work, some Twisted Sister classics and a cover of AC/DC’s Highway To Hell.

In addition, Snider has recorded a brand new studio track with his band titled Prove Me Wrong and released an accompanying lyric video.

“When I was young and couldn't go to shows, all I had was what I thought the bands would be like live. We must keep our desire to see and hear the great new music out there in concert, because that's its true habitat.

“Bands on stage with fans cheering them on in the audience is the way the rock gods intended it to be.”

As for the new single, Snider explains: “Prove Me Wrong are words that I've thought in my head since the day I began rocking.

“I had a monster chip on my shoulder and dared the world to knock it off... nobody ever could. At this point in my career I thought I'd let everybody in on what has kept be going all these many years. Prove me wrong!”

For The Love Of Metal Live is now available to pre-order and further details can be found below.