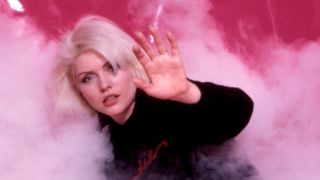 Debbie Harry has revealed that David Bowie once showed her his penis, apparently as a mark of gratitude after the Blondie star secured Bowie some cocaine. Harry tells the story in an extract from her upcoming autobiography, Face It: A Memoir by Debbie Harry, published in The Sunday Times.

"One time David and Iggy were looking for some blow," writes Harry. "Their connection in New York had suddenly died and they were out. A friend had given me a gram, but I had barely touched it. I didn’t care for coke too much — it made me jittery and wired and it affected my throat.

"So I went upstairs with my vast quantity of cocaine and they just sucked it right up in one swoop. After they did the blow, David pulled out his cock — as if I were the official cock checker or something.

"Since I was in an all-male band, maybe they figured I really was the cock-check lady. David’s size was notorious, and he loved to pull it out with both men and women. It was so funny, adorable and sexy."

The publication of Face It: A Memoir by Debbie Harry was announced earlier this year, when Harry said, "There are many more stories for me to tell; some funny, some scary, some warm, some chill to the bone and if Face It appeals to people, then I will get to telling more of the anecdotal bits of the story of Blondie – like the time I met Rita Hayworth and Penny Singleton backstage at the Greek Theater in Los Angeles.

She continued: “I’m prepared for the best and the worst comments, much like when I have released an album or done a big show. I don't have a thick skin, but I do have a pretty good sense of humour."

Face It: A Memoir by Debbie Harry is published tomorrow.