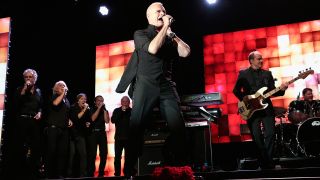 David Lee Roth has announced a Las Vegas residency which will take place in early 2020.

Diamond Dave will play a total of nine dates between January and March at the city’s House Of Blues, with the singer set to sprinkle the set with solo tracks and Van Halen classics such as Jump, Panama and California Girls.

Roth says: “A weekend with me is interactive way beyond just music. It starts with the best food on Earth. The fellas smoke their three cigarettes for the year and we all stay up way past our bedtime!”

In April, Roth surprised the crowd at the Ultra Music Festival in Miami to perform a remake of Jump with DJ Armin van Buuren – a remix which was later released.

Earlier this year, bassist Michael Anthony revealed that a rumoured Van Halen reunion tour was due to take place this year, but those plans were scrapped.