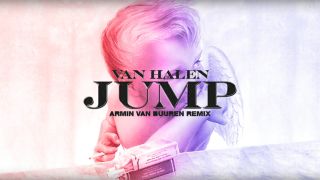 The pair performed a remix of Van Halen’s 1984 track Jump – and now the Dutch DJ has released the studio version of the song, which can be listened to below.

Speaking about the collaboration prior to the live show back in March, van Buuren told Rolling Stone: “I’m sure that a lot of the kids I’m gonna play for are probably not even familiar with the original and how big of a track it was when it was released.

“Plus, it was an easy one to pick because I ask my crowd to jump, and the song has a deeper meaning, and I hope the kids get it when they hear the song, when they start to invest some time in the history of the song.”

He added: “I think I was six years old when the track was a no.1 hit everywhere. I always thought, ‘What if you could have the energy of that song and transfer it to 2019?”

Roth added: “I agree with all of that. It’s the first step towards world peace if we can do it.”