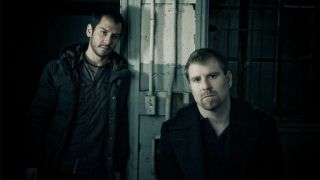 Cynic bassist Sean Malone has paid tribute to former drummer and band founder Sean Reinert. who has died, aged 48. According to the entertainment website TMZ Reinert was discovered unresponsive by a family member who called emergency services. He was transported to hospital but life-saving procedures proved ineffective and he was pronounced dead upon arrival. No foul play is suspected, although official cause of death is pending an autopsy.

In a post on the band's Facebook page, Malone spoke of the "complete musical trust" he had with the drummer and how lucky he has been to work with the man who had founded Cynic with guitarist Paul Masvidal in 1987

"I was luckier than most. Complete musical trust—especially between a bassist and a drummer—is a rare and precious thing. Rare, because it’s not something you find by looking for it. Precious, because some may go an entire lifetime without ever having experienced it. But I was luckier than most. Sean offered his trust during every rehearsal, every recording, and every performance we ever did, and it’s likely that I’ll never experience the same again. The truth is that we’re all lucky—lucky to have been alive while Sean Reinert was making music."

Reinert also drummed in death metal pioneers Death, recording the band's 1991 album Human and touring with them on the ensuing European tour. Reinert returned to Cynic and recorded the groundbreaking Focus album in 1993. The album has long been cited ass one of the precursors of the prog metal scene.

Reinert left Cynic in 2015 and more recently had played with US prog rock band Perfect Beings.

Further tributes to the drummer have been paid by members of the prog and rock community. Mike Portnoy talked of his "absolute shock", remembering watching Cynic play every night when they toured with Dream Theater in 2009, while long-time Death manager Eric Greif said, "I am truly without words at the death of my friend and colleague Sean Reinert." Former Messenger vocalist Khaled Lowe called Reinert, "one of the most technically skilled and influential drummers in heavy music."