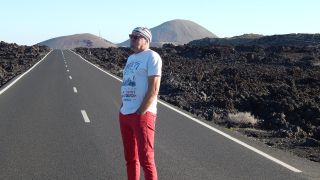 New progressive rock duo The Bardic Depths are the first signing to Cosmograf man Robin Armstrong's new label Gravity Dream. The band consist of multi-instrumentalist Dave Bandana and noted US historian Brad Birzer, who many here will know from the respected Progarchy website, who has supplied the lyrics and concept behind the duo's forthcoming new album The Bardic Depths, which will be released on March 27.

“The album is about friendship and its ability to get us through anything including war, with the concept centring on the literary friendship formed between J.R.R Tolkien and C. S Lewis between 1931 and 1949, “ the Lanzarote based band leader Bandana tells Prog.

The band have released their first single, Depths Of Time (The Flicker) which you can listen to in full below. The album has been mixed and mastered by Robin Armstrong and features performances from him, as well as Peter Jones (Camel/Tiger Moth Tales), Tim Gehrt (Streets/Steve Walsh) and Gareth Cole (Tom Slatter/Fractal Mirror).