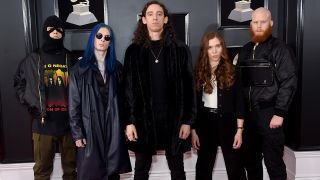 It’s titled The Hurt Will Go On and includes new tracks 3 Knives and The Hunt – the latter featuring a guest appearance from Slipknot and Stone Sour frontman Corey Taylor.

The EP also has the track The Hurt Will Go On, which is a remix of their Forever song Hurt Goes On, with all three tracks available to listen to below.

The EP has been released to coincide with the start of the band’s North American tour, which is due to get underway tomorrow (June 22) at Boston's Paradise Rock Club.