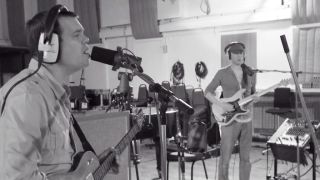 Umphrey’s McGee have released a studio version of live favourite Ride On Pony.

“This song goes back almost to pre-adolescence,” says Umphrey’s guitarist, Jake Cinninger. “It harkens back to the days of those mixed-up feelings and trying to cut loose, a teenage daydream.”

“It’s all real, no joke, about the feel of being a teenager,” he adds. “We tried to recapture some of those magical years gone past for everyone that listens.”

The band will release a further three singles in 2020. Their last studio album, It’s Not Us, came out in 2018.

Check out the new single below.

Umphrey’s McGee will close 2019 with four live shows at Fillmore Auditorium in Denver, Colorado. They have also announced an extensive North American tour for 2020 as well as shows at Rockjavik in Reykjavik, Iceland. More dates will be announced via their website.