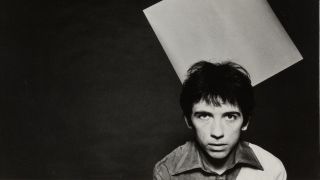 Buzzcocks frontman, guitarist and songwriter Pete Shelley has died aged 63. Initial reports claim that the singer died at his home in Estonia of a suspected heart attack.

His death was confirmed on Buzzcocks' Facebook page in a statement which reads: "It's with great sadness that we confirm the death of Pete Shelley, one of the UK's most influential and prolific songwriters and co-founder of the seminal original punk band Buzzcocks.

"Pete's music has inspired generations of musicians over a career that spanned five decades and with his band and as a solo artist, he was held in the highest regard by the music industry and by his fans around the world.

Tributes have already started to come in across social media.

Stiff Little Fingers singer Jake Burns wrote: "Really saddened to hear about the passing of Pete Shelley. Buzzcocks were one of my favourite bands... It was a true honour to have them play with us this year in Belfast. RIP."

"Hearing sad news about Pete Shelley," wrote Pete Wylie of The Mighty Wah!, another contemporary. "He should be remembered forever for the guitar solo in ‘Boredom’ alone."

Sex Pistol Glen Matlock said he was “shocked and saddened” to hear the news, adding: “A superb songwriter, artist and a totally sweet-hearted guy who was one of the very few originals of punk and even a one off within that. My deepest condolences to his family and friends.”

Shocked to hear of the passing of our good mate Pete Shelley who’s fabulous songs are amongst the catchiest in all of punk rock. We will miss you Pete - love from @damnedtwits, X pic.twitter.com/VJeq4Nh5JRDecember 6, 2018

Really saddened to hear of the passing of Pete Shelley. Buzzcocks were one of my favourite bands, fantastic pop songs and uit was a true honour to have them play with us this year in Belfast. R.I.P.December 6, 2018

Pete Shelley - a true gent!He helped us so much at the start of our career out of a sheer love for all things punk. Without Pete & the Buzzcocks I would probably still be working at the Docks. RIP mate. XDecember 6, 2018

Hearing sad news about Pete Shelley...He should be remembered forever for the guitar solo in ‘Boredom’ alone. How utterly sad. And that Starway guitar was the punkrockest thing ever! Night night pretty Pete.#Buzzcocks #PeteShelley #Boredom pic.twitter.com/kidXO6TpsrDecember 6, 2018

I am totally shocked and saddened to just hear of the untimely death of Pete Shelley. A superb songwriter, artist and a totally sweet hearted guy who was one of the very few originals of punk and even a one off within that.My deepest condolences to his family and friends. pic.twitter.com/vqYRtYyf1CDecember 6, 2018

Pete Shelley was born Peter Campbell McNeish in Lancashire in 1955. As the frontman of Buzzcocks he became one of the most influential figures in the UK punk scene.

Shelley and band mate Howard Devoto formed Buzzcocks after seeing the Sex Pistols play in London. The band's debut gig was as support to the Pistols in Manchester – a gig that the two men had organised and promoted and was one of the pivotal moments in the Manchester punk scene that produced Buzzcocks, Joy Division, Slaughter & The Dogs, the Durutti Column and more.

"I was anti-music," Shelley explained. "99 per cent of it is just showing off and I think that my style developed to show that you don't have to try hard to be successful. It's before my time, but when skiffle came along, you didn't even have to have a bass, you got a tea chest and a broom handle. That was back when it was about more than just worshipping the guitar.

“When we first started off, the whole idea was to make the most uncommercial, horrible music we possibly could - hence two-note guitar solos. We thought, 'No-one's going to buy this!'

“The whole idea was to make it as ridiculous and outrageous as possible - but then people loved it."

Shelley's ear for melody, a great pop hook and a smart lyric, however, soon set them apart from their contemporaries. Ever Fallen in Love (With Someone You Shouldn't've) went to number 12 in the UK singles chart in 1978.

"Melody is an aid to memory," he said. "Once you've learned a tune, then you don't need to know what the notes are, you know where you are in it by the melody. It's like rhyme – those are just ways of helping your memory. Without melody, it's a bit difficult to know where you are in a way, but once you know the first couple of lines, the rest follows naturally."

Buzzcocks split in 1981, after a string of classic singles and three albums. Shelley embarked on a solo career, with his 1981 new wave single Homosapien banned by the BBC for its references to gay sex. Shelley later came out as bisexual.

He reformed the Buzzcocks in 1989 and the band released another six albums and toured the world, often as support to a younger generation of punk bands.

Pete Shelley's singing style was less aggressive and masculine than the pub and blues rockers that had come before him and his lyrics were often romantic and funny. When it came to writing words, he said, he just tried to be himself: "If you're writing about how it feels to be you, then there's a lot more humour involved. I'd rather be jokey than funny. There's a lot of so-called punk bands and they don't have any sense of fun.

"The original thing with punk was about having a good laugh. When I first did the two note guitar solo in Boredom, we had to stop – we were all just falling about laughing. It was such a ridiculous thing to do."