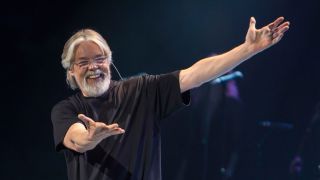 Bob Seger has announced the resumption of his Runaway Train tour, after 19 dates were postponed on doctor's orders last October.

Earlier this year, the singer told Classic Rock, "They said it was going to really hurt for about three months afterwards, but the payoff is they didn’t go anywhere near my larynx. They went in the back, so my voice is probably fine. I hope this pain goes away, ‘cause they can never really guarantee it — and if it doesn’t, then I’m done, dude. But that’s what the doctors have to say. I think it’s gonna be okay, I really do. But, God, it’s taking a long time."

The 13 rescheduled dates will start at the City Sprint Center in Kansas, MO, on November 24, and run through until February 2019. Tickets for all the postponed shows will be honoured at the revised dates, and more shows are expected to be announced.