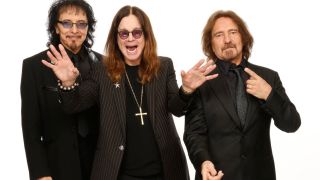 Sharon Osbourne says Black Sabbath’s appearance at Ozzfest Japan in November will be the band’s “farewell.”

In a message to Japanese fans, frontman Ozzy Osbourne’s wife and manager says: “Ozzfest will be back in Japan on November 21 and 22. And this will be Black Sabbath’s farewell. We’re also announcing Korn, who are celebrating their 20th anniversary. Now you can’t miss that.”

Guitarist Tony Iommi battled cancer in the wake of the release of 13, and said earlier this year that he lives with the daily fear that the disease could return at any minute.