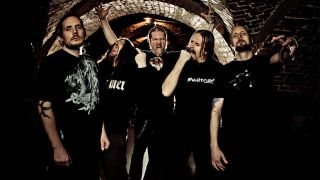 During their three decade career, Swedish icons Meshuggah have pioneered a distinct low-end sound powered by polyrhythmic gymnastics and extraordinary technicality that has rightfully been held aloft by the metal world. Even more bewildering and complicated than their music is trying to put their untouchable array of works in any discernible order of merit. But here we go…

It’s a testament to the Swedes’ sheer excellence that even their rarities collection is essential listening. The punishing melee of War saw the band experimenting with programmed drums that would further revolutionise their sound on subsequent releases, while the three tracks from their eponymous EP displayed signs of the extraordinary band they’d become.

Taking the bulging thrash of Metallica’s …And Justice For All and mutating it beyond almost all recognition, the Umeå band laid a blueprint with their debut’s jazzy rhythmic complexities, cutting-edge sound and ominous worldview. A quarter of a century later, the likes of Internal Evidence still sound completely thrilling.

Their eighth album was more of a tightening of the screws than a revolutionary step, yet with it came universal acclaim and even a Grammy nomination for Clockworks. The convulsing nightmare of the title track and bludgeoning groove of MonstoCity were testament that the band had lost none of their skill or potency.

Such is Meshuggah's standard, that an album as monolithic as Koloss doesn't even crack their top five. All of the band's enviable qualities were there for all to see on Koloss, while the hulking Demiurge and sinister Break Those Bones Whose Sinews Gave It Motion saw them still striving to push metal further into new realms.

Following on from the insane 21-minute-long I (2004), this single 47-minute piece of music is the band’s most experimental and genre-defying release. Using programmed drums to make Tomas Haake’s rhythms even more incomprehensible as well as all manner of textures and tricks, Catch Thirtythree was an incomparable, hellish descent into the abyss.

Upping the heaviness and technicality, New Millennium Cyanide Christ and Neurotica are still undeniably catchy despite sounding like a horde of sentient robotic vikings on a murderous berserker frenzy. Listen to the end of closer Elastic and see whether your brain will be transported to a higher plane or simply dissolve under the strain.

In 2002 the band slowed the tempo, upped the guitars from seven strings to eight, and unleashed a monolithic, discordant beast on the world via the help of Ozzfest. From the djent-spawning punch of Rational Gaze and oppressive Obsidian to Straws Pulled At Random’s immediacy, Nothing would leave an indelible mark on metal.

Years ahead of its time and still proving a fertile hunting ground for countless bands to borrow and rip-off ideas from, Destroy Erase Improve saw the Swedes take the ideas explored on the previous year’s None EP and engineer a futuristic, innovative metallic form that changed metal forever. Mindbogglingly brilliant.

In a career of staggering achievements, obZen takes the highest accolade. On Pravus and meandering Dancers To A Discordant System, the riffs of Fredrik Thordendal and Mårten Hagström were played with even more scientific precision, while vocalist Jens Kidman delivered a career best performance during the merciless ferocity of the band’s finest moment, Bleed.