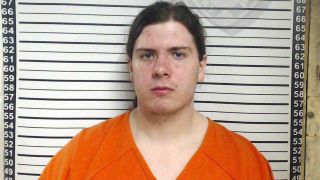 The black metal fan arrested in the US state of Louisiana in connection with three church fires has now been charged with hate crimes.

Holden Matthews was recently arrested and charged on three counts of arson of a religious building following fires at three historically black churches in Louisiana’s St. Landry Parish country between March 26 and April 4.

ABC News report that the son of a local police officer appeared in court on Monday, where he was also charged with an additional three counts of violating the state’s hate crime law.

Matthews, 21, pleaded not guilty, but was denied bail as police reported that they view him as “a continued threat.”

The Louisiana Office Of State Fire Marshal’s department said at the time of his arrest that they were investigating a possible connection between the blazes and Matthews love of black metal.

According to The Daily Beast, Matthews’ Facebook page is alleged to have shown he was “active in pagan and black metal pages” and had commented on posts about Varg Vikernes, who spent 16 years in prison for the murder of his Mayhem bandmate Øystein ‘Euronymous’ Aarseth and who was also accused of church burnings in Norway.