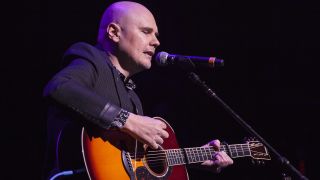 It’s filmed in the style of a silent movie and features music from the Smashing Pumpkins mainman’s new solo album Ogilala, which arrived last month.

The film was inspired by a hero’s journey and was written by Corgan and directed by Corgan and his longtime collaborator Linda Strawberry.

Corgan says: “I thought it was a different approach to listening to an album, to watch it in essence with a related, albeit non-linear, silent movie. Art is art. And together the two pieces create a work unto itself.”

Last month, Corgan reported that he was open to the idea of a reunion with the original Smashing Pumpkins lineup, with drummer Jimmy Chamberlin previously saying that talks were under way to possibly play live shows together at some point next year.