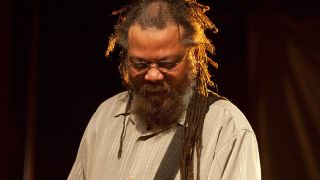 Bad Brains’ guitarist Dr Know is no longer in a critical condition, it’s been revealed.

Know, aka Gary Miller, was admitted to hospital last week and was said to be on life support, with Cro-Mags frontman John Joseph later reporting his health was improving.

No cause of his condition has been made available but the band have given an update via their Facebook page.

A statement reads: “The family of Gary (Dr. Know) Miller and the entire Bad Brains family would like to thank everyone for their well wishes.

“We are happy to say that Dr. Know’s condition is no longer considered critical.

“He still remains under the close care and watch of doctors at this time so please continue to keep him in your thoughts and prayers.”